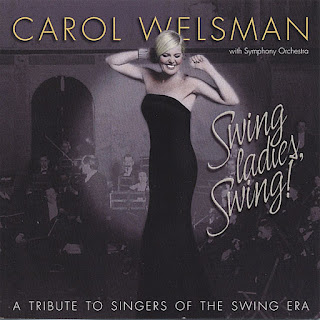 Carol Welsman (born September 29, 1960) is a Canadian jazz pianist who accompanies her own easy listening, conversational style ‘singing’. She is the granddaughter of the founder and first conductor of the first Toronto Symphony Orchestra Frank Welsman and the sister of composer John Welsman. She has been nominated six times for the Juno Award, Canada's equivalent to the Grammy.

In 1995 she released her first album, Lucky to Be Me, containing jazz standards and her own song, "This Lullaby", which she presented on September 11, 2004 on the Larry King TV show commemorating the 3rd anniversary of 9/11. Welsman has written lyrics for Ray Charles and Nicole Scherzinger.

Welsman sings in English, Portuguese, French, Italian and Spanish. A Berklee Distinguished Alumnus, Carol Welsman is considered to be one of Canada's premiere Jazz vocalists and pianists. 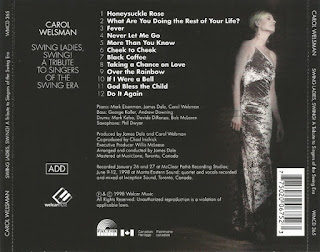