Rhythm of the Day...Red Nichols and His Five Pennies 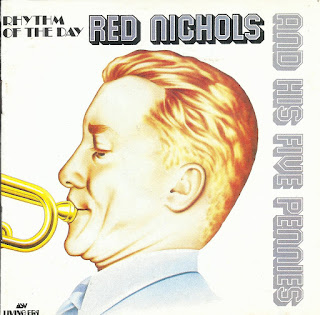 Over his long career, Nichols recorded in a wide variety of musical styles, and critic Steve Leggett describes him as "an expert cornet player, a solid improviser, and apparently a workaholic, since he is rumored to have appeared on over 4,000 recordings during the 1920's alone."

Nichols had good technique, could read music, and easily got session and studio work. In 1926 he and Miff Mole began a prodigious stint of recording with a variety of bands, most of them known as "Red Nichols and His Five Pennies". Very few of these groups were actually quintets; the name was simply a pun on "Nickel", since there were "five pennies" in a nickel. "That was only a number we tied in with my name", Nichols once explained. "We'd generally have eight or nine [musicians], depending on who was around for the session and what I was trying to do." 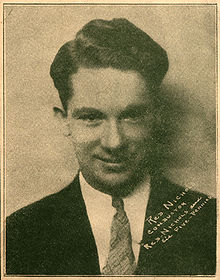 Nichols recorded over 100 sides for the Brunswick label under that band name. He also recorded under a number of other names, among them, The Arkansas Travelers, The California Red Heads, The Louisiana Rhythm Kings, The Charleston Chasers, Red and Miff’s Stompers, and Miff Mole and His Little Molers. Some weeks, Nichols and his bands were making 10–12 records a week.

His recordings of the late 1920's are regarded as the most progressive jazz of the period in both concept and execution, with widely-ranging harmonies and a balanced ensemble. 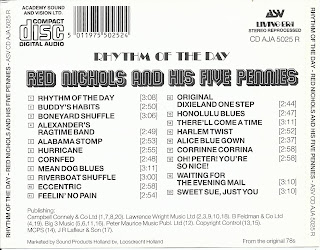