Herb Alpert and The Tijuana Brass.....The Lonely Bull and S.R.O. 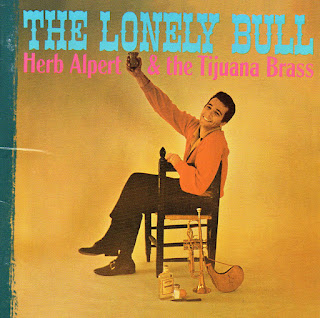 Herb Alpert set up a small recording studio in his garage and had been overdubbing a tune called "Twinkle Star", written by Sol Lake, who would eventually write many of the Brass's original tunes. During a visit to Tijuana, Mexico, Alpert happened to hear a mariachi band while attending a bullfight. Following the experience, Alpert recalled that he was inspired to find a way to express musically what he felt while watching the wild responses of the crowd, and hearing the brass musicians introducing each new event with rousing fanfare. Alpert adapted the trumpet style to the tune, mixed in crowd cheers and other noises for ambience, and renamed the song "The Lonely Bull".

He personally funded the production of the record as a single, and it spread through radio DJ's until it caught on and became a Top 10 hit in the Fall of 1962. He followed up quickly with his debut album, The Lonely Bull by "Herb Alpert & the Tijuana Brass". Originally the Tijuana Brass was just Alpert overdubbing his own trumpet, slightly out of sync. The title cut reached No. 6 on the Billboard Pop Singles chart. This was A&M's first album with the original release number being #101, although it was recorded at Conway Records. For this album and subsequent releases, Alpert recorded with the group of L.A. session musicians known as The Wrecking Crew, whom he holds in high regard. 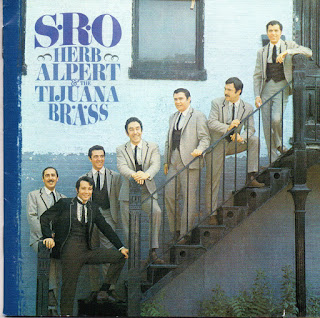 The Chronological Cab Calloway and His Orchestra...1934-1937 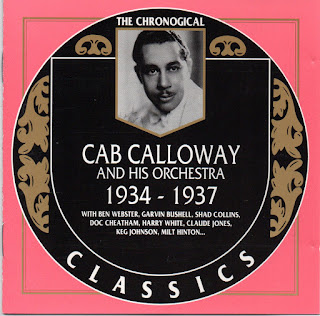 Cabell "Cab" Calloway III (December 25, 1907 – November 18, 1994) was an American jazz singer, dancer, bandleader and actor. He was associated with the Cotton Club in Harlem, where he was a regular performer and became a popular vocalist of the swing era. His niche of mixing jazz and vaudeville won him acclaim during a career that spanned over 65 years.

Calloway was a master of energetic scat singing and led one of the most popular big bands in the United States from the early 1930s to the late 1940s. His band included trumpeters Dizzy Gillespie, Jonah Jones, and Adolphus "Doc" Cheatham, saxophonists Ben Webster and Leon "Chu" Berry, guitarist Danny Barker, bassist Milt Hinton, and drummer Cozy Cole.

Calloway was the first African American musician to sell a million records from a single and to have a nationally syndicated radio show. In 1993, Calloway received the National Medal of Arts from the United States Congress. He posthumously received the Grammy Lifetime Achievement Award in 2008. His song "Minnie the Moocher" was inducted into the Grammy Hall of Fame in 1999, and added to the Library of Congress' National Recording Registry in 2019. He is also inducted into the Big Band and Jazz Hall of Fame and the International Jazz Hall of Fame. . 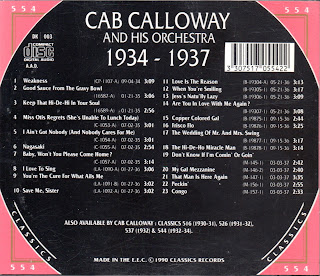 Sing Me A Swing Song...Parade of Jazz Vocalists...original recordings from 1928-1939 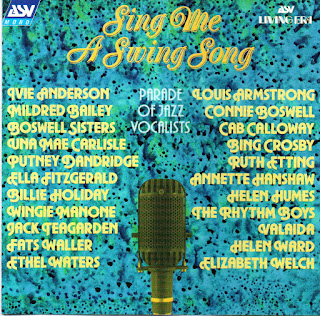 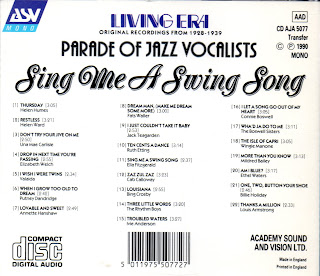 Sing Me A Swing Song