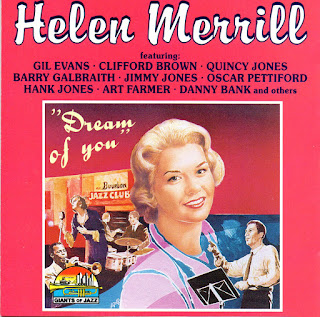 Helen Merrill (born Jelena Ana Milcetic; July 21, 1930) is an American jazz vocalist. Her first album, the eponymous 1955 release Helen Merrill, was an immediate success and associated her with the first generation of bebop jazz musicians. After a prolific 1950s and '60s when she recorded with Charlie Parker and Clifford Brown, Merrill spent time recording and touring in Europe and Japan, falling into obscurity in the United States. In the 1980s and '90s, a contract with Verve Records and high-profile performances in America returned her to prominence. Noted for her emotional, sensual vocal performances, her career continues in its sixth decade with concerts and recordings. 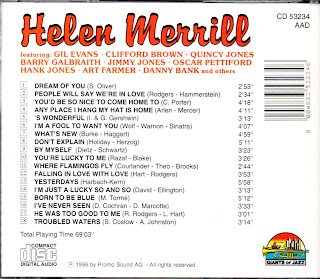 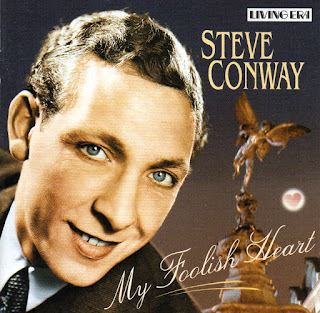 Steve Conway received notoriety as a British balladeer in the post-World War II era. Although forgotten today, he was considered a star being compared to Bing Crosby, had a string of best-selling 78rpm records, sung to sell-out performances, and his own BBC radio show on Sunday afternoons.

b. Walter James Groom, 24 October 1920, Hackney, London, England, d. 19 April 1952, London, England. Conway was a ballad singer with a smooth, straightforward delivery, sometimes compared to the 30s heartthrob, Al Bowlly. As a young boy Conway suffered rheumatic fever that left him with a weak heart, making him unsuitable for military service during World War II. After singing in local bars and ballrooms, he made his broadcasting debut in 1945 on Variety Bandbox, followed by appearances with top dance bands Lew Stone and Ambrose and a series of broadcasts with Peter Yorke and His Concert Orchestra.

In 1945 Conway signed for Columbia Records (UK), and recorded nearly 100 titles through to 1951. Some of these were solemn ballads such as ‘Bless This House’, ‘At The End Of The Day’ and ‘Good Luck, Good Health, God Bless You’. The rest included schmaltzy treatments of standard songs such as ‘My Foolish Heart’, ‘Mona Lisa’, ‘Look For The Silver Lining’, ‘The Gypsy’ and ‘Too Young’. Orchestra accompaniments were by Roberto Inglez, Peter Yorke, Jack Byfield, Arthur Young, Jackie Brown and Philip Green with occasional assistance from the Hastings Girls’ Choir.

In the late 40s and early 50s Conway toured the UK variety circuit, but his health steadily deteriorated. After collapsing onstage in December 1951, he died a few months later at Guy’s Hospital, London. 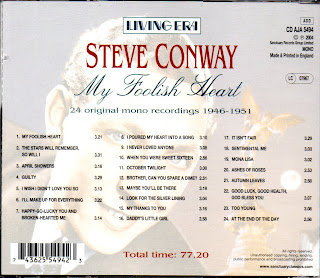